​ - The Arboretum
Become a Member!

Back in the days when Elias J. “Lucky” Baldwin operated a vast ranching and horse training operation on the land that became the Arboretum, blacksmith John Isaac Wesley Fisher (1857-1940) was one of his trusted workers. The two met in St Louis when Fisher suggested he could improve the running time of Baldwin’s championship horses if they were fitted with horseshoes of his own design. 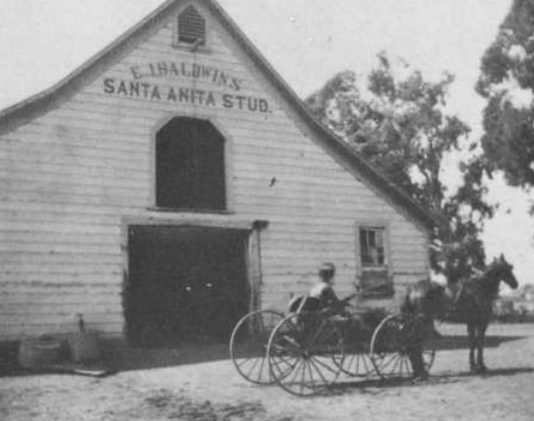 A test proved that Fisher’s horseshoes reduced the running time by a second or two, significant enough for Baldwin to offer him a job at Rancho Santa Anita, according to an online interview with historian Steve Baker. Fisher arrived in 1875 and became the farrier who shod Baldwin’s famous racehorses.

In late 1885, Baldwin had labor issues and needed to hire more workers for his ranch and racehorses. He sent Fisher to recruit African American workers from Bennettsville, SC. An 1886 Los Angeles Herald snippet reads, “E.J. Baldwin has sixty Negroes en route from North [sic] Carolina to work on his great ranchos.” 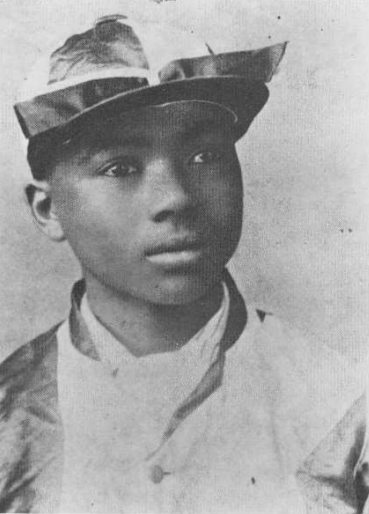 In the late 19th century, black jockeys emerged as leading winners in the most prestigious Thoroughbred horse races across the country. Isaac Burns Murphy, left, was the most accomplished and well-known of these jockeys having become the first back-to-back and three-time winner of the Kentucky Derby. He also rode three of Baldwin’s horses to win the celebrated American Derby: On Volante in 1885, on Silver Cloud in 1886 and on Emperor of Norfolk in 1888. Murphy, who died in 1896 at the age 35 in Lexington, KY, was among the 12 jockeys inducted into the National Museum of Racing and Hall of Fame at its creation in 1955.

Fisher’s son, Julian who was born in Denver in 1896, came to live on the ranch when he was about 4 years 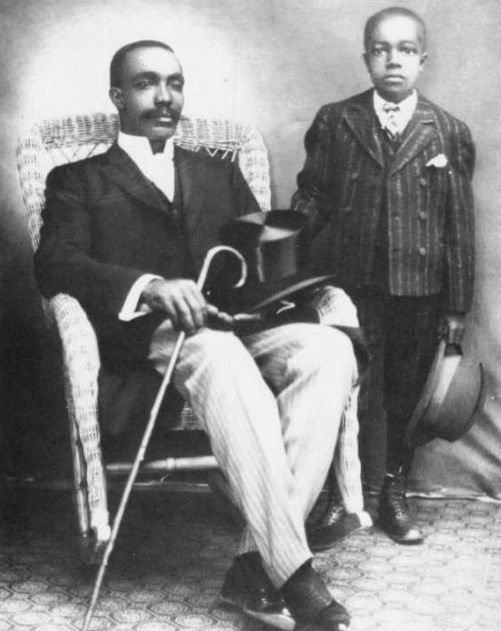 old. He was small for his age and Baldwin considered the child to be an excellent prospect to become a jockey. “He [Baldwin] was trying his best to make a race rider out of me…,” Julian said in a 1976 interview. Baldwin even gave a horse to Julian, who eventually grew too big to become a jockey. Besides his weight, Julian came of age when African Americans were pushed out of horse racing, from the tracks to the stables, because of racial discrimination.

Julian became the first African American member of the Monrovia Police Department. As a reserve police officer, he played a leading role as a bridge between black and white Monrovians. He was a beloved member of the Monrovia community, where his father had established his home and blacksmithing business around 1908. His father died in 1940 and Julian in 1976. In honor of Julian, Monrovia established the Julian Fisher Park. Seven generations of Fishers reside in Monrovia, where some of the recruited workers from Bennettsville, SC settled after Baldwin died in 1909.