About this Zoom talk 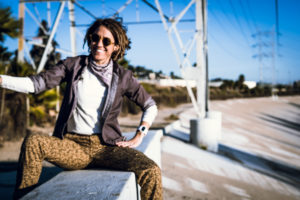 The date of this virtual presentation has been changed to Saturday, March 20, 2021 at 10am. Join Kat Superfisky—urban ecologist, designer and educator—on a virtual adventure into the L.A.’s urban wild as she shares her perspective on how she sees a city like Los Angeles… beyond the concrete, steel and infrastructure.

Cities like Los Angeles are often mistaken for ecological wastelands, places that have been wiped clean of the true majestic magic of Mother Nature, and therefore fall on the far side of the spectrum from what is considered to be “natural.” Land use datasets blanket over these built environments with gradients of grey, depicting urban areas as nothing more than “developed.” As a result, cities continue to be pegged as the problem causing environmental degradation, rather than seen as some of the most promising places to “save the planet”.

With over 80% of the U.S. population now living in urban areas, “cities” have become human’s new natural habitat, and have the potential to offer some of the best opportunities for achieving conservation goals in the twenty-first century. In the face of a rapidly changing climate and increasing population, the question is no longer whether or not to build, but rather, how to build—and in the case of most major US cities, such as Los Angeles—how to re-build. Kat will explore how integrating socio-ecological systems can fundamentally restructure human’s perception and experience of the world around us and the impact we have on it. 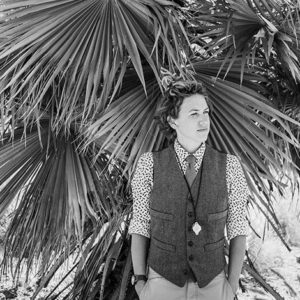 After obtaining a Master of Science in Conservation Ecology, Master of Landscape Architecture and Teaching Certificate from the University of Michigan (U-M), Kat moved 2,300 miles across the country for the Los Angeles (L.A.) River.  She sees L.A.—and its river—as a perfect laboratory to explore how to transform urban areas into more habitable places for people, plants and animals. Prior to moving to L.A., Kat planned, implemented and helped oversee ecosystem management efforts for 24,000 acres of parkland in Metropolitan Detroit. In L.A., she helped spearhead ecological planning and design efforts at Studio-MLA, founded Grown in LA, and is currently working as the City of Los Angeles’ first and only Urban Ecologist. Kat teaches her approach to integrating socio-ecological systems at institutions such as Cal Poly Pomona, UCLA, USC, and U-M. She serves as a Science Advisor for the L.A. Biodiversity Index and on the Board of Directors for California ReLeaf and is a 2010 Doris Duke Conservation Fellow.

This presentation is the second in the Winter Lecture Series presented by Merrill Lynch, a Bank of America Company.

Presented by Merrill Lynch,
a Bank of America Company.