​ New Plants and Recent Introductions for the Changing California Garden - The Arboretum
Become a Member!

New Plants and Recent Introductions for the Changing California Garden

Join Nicholas Staddon in this Zoom presentation as he navigates us through a cornucopia of regional appropriate plants for our southern California gardens. Staddon, an unabashed plant fanatic, will lead us through a dazzling selection of plants for in ground and container plantings. He has always had a firm eye on the environment and will not miss the opportunity to suggest plants and habitat suggestions that support the creatures that struggle to live with us. Register here. 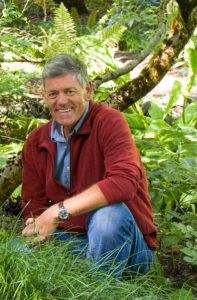 “Los Angeles County has more species of birds than any other county in the United States,” he says. “We have this unique opportunity to create gardens that support a host of creatures as well as plants.”Rarely by the book, there will be lots to inspire you to try in your own personal space.

Born in England, Staddon received credentials in Agricultural Science from Otley Agricultural College. Prior to coming to America, in his mid to late teens worked on farms in the county of Suffolk, becoming proficient in Animal and Crop husbandry, struggling with anything mechanical …. “Yuk, all that oil and grease was completely uninspiring.” In his late teens into his twenties, worked for the 81st Tactical Fighter Wing, operating out of RAF Bentwaters and Woodridge as Falconer. Using falcons and hawks he had the responsibility of keeping the air and ground space clear of anything that ran, scampered, scurried or flew. Prior to settling in the United States, Nicholas served as a First Officer on board privately owed yachts moving between the Mediterranean Sea and Caribbean Islands.

Coming to the United States in 1984, Staddon started working in Independent Garden Centers in Albuquerque, NM. He moved to California to join Monrovia Nursery in 1989 and later moved to Azusa Nursery where he became regional sales manager for California. Staddon has created numerous plant-based videos and from time to time he was a featured writer in garden magazines and periodicals.  Currently he is the plantsman and spokesman for by Tree Town USA.

He is proud to be professionally affiliated with the Royal Horticultural Society, Plant California Alliance, and AmericanHort. He is on the Board of Advisors for the Mediterranean Garden Society of Southern California, the Chair of Mount San Antonio College Agricultural Sciences Advisory Board, Climate Ready Landscape Plants, a USDA SCMP Project, and Cal-HIP (California Horticultural Invasives Prevention), which is a voluntary partnership to help gardeners and the horticultural industry to proactively address the problem of invasive plants in the trade.

This is the second presentation in the Autumn Lecture Series sponsored by MonteCedro.