​ Zoom! Pruning Trees: The Fusion of Human Culture and Horti-culture - The Arboretum
Become a Member!

Zoom! Pruning Trees: The Fusion of Human Culture and Horti-culture

About this Zoom talk 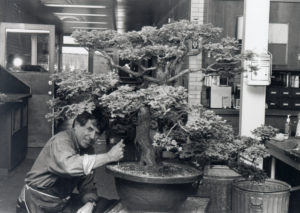 In this slide lecture—part two on the topic of his Tree Architecture talk—Harvard botanist and urban ecologist Peter Del Tredici will look at examples of pruning from Asia, Europe and North America. He will show how trees respond—both positively and negatively—when people try to take control of their architecture in order to serve their own economic or aesthetic agendas. Humans have been pruning trees for thousands of years and many of the techniques that we use today are rooted in ancient cultural traditions. Using images from his extensive travels, Peter will help people appreciate the complexity of manipulating tree shape in order to reflect human values and apply the information in their own gardens. Register here. 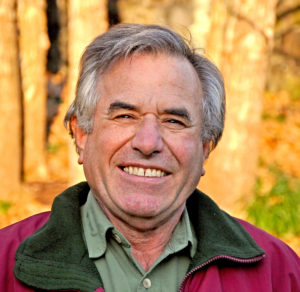 Del Tredici’s botanical career started in 1972 as a technician running the research greenhouses at the Harvard Forest in Petersham, Massachusetts where he studied nitrogen-fixation in non-leguminous plants. In 1979, he started working at the Arnold Arboretum of Harvard University in Boston and continued there until his retirement in 2014. During those 35 years, Del Tredici served as the Assistant Plant Propagator, Curator of the Larz Anderson Bonsai Collection, Editor of Arnoldia, Director of Living Collections, and Senior Research Scientist. Register here.

His research interests are wide ranging and include subjects such as the trees and shrubs of temperate China, the root systems of woody plants, the botany and horticulture of magnolias, stewartias and hemlocks, and the natural and cultural history of the Ginkgo tree. Since 2004, Del Tredici’s work has focused on urban ecology and climate change.

He was also an Associate Professor in Practice in the Landscape Architecture Department at the Harvard Graduate School of Design from 1992 through 2016 where he taught a range of courses from plant identification to soils to urban ecology and climate change. From 2016 through 2019, he taught in the Department of Urban Studies and Planning (DUSP) at MIT. In 2013, Del Tredici was awarded the prestigious Veitch Gold Medal by The Royal Horticultural Society (England) “in recognition of services given in the advancement of the science and practice of horticulture.” Register here.

Free for members;
$10 for non-members