​ Reading the Western Landscape Community Book Discussion In Person and on Zoom - The Arboretum
Become a Member!

The Arboretum Library’s book group explores the portrayal of western North American landscape in fiction, non-fiction, drama, and poetry, letters, graphic novels, etc.  The group generally meets the last Wednesday of the month in the Arboretum Library or out on the Arboretum grounds, pandemic, weather and sunlight permitting. When the weather is good and disease rates are low, the group meets outside in appropriate places in the gloriously, beautiful grounds of the Los Angeles County Arboretum and Botanic Garden with appropriate social distancing and masking. Currently the group is meeting In Person at the Arboretum and on Zoom. Be sure to check the dates below for In Person dates and Zoom dates.

The group uses a modified version of the Shared Inquiry™ method developed by the Great Books Foundation.  The discussion is greatly enhanced if the chosen book of the month is read, although we welcome those who just want to listen. Let the host know you only want to listen. New participants are always welcome!

Click here to see the questions already asked for this year’s past books and check out the history of the book club by hovering on the tab and see all the previous years and books to explore.

For more information and to be added to the e-mail reminder list about the Community Book Discussion Group, please contact, Arboretum Librarian, Susan Eubank, at 626-821-3213 or Susan.Eubank@Arboretum.org.  You must RSVP to Susan for the discussions you would like to attend. 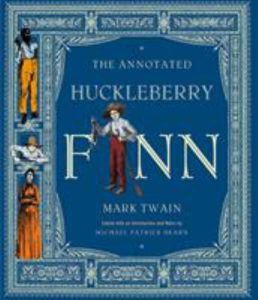 Choose the edition to read between the two editions and read to the end of chapter 21. “As often is the case when two … annotated texts of the same novel are published fairly close together, each will get more attention for the strengths and weaknesses of the other. …[Hearn’s edition] easily contains the most background information …Fischer and Salamo, …add 32 pages of manuscript revisions and thoughts on same at the end of their text. …Hearn gives his [annotations] in a split text manner … The Fischer and Salamo annotations are presented … at the end of the book…”—Errol Sull, Twainweb.net

A sumptuous new edition of the great American novel. “All modern American literature comes from one book by Mark Twain called Huckleberry Finn,” Ernest Hemingway once declared. First published in 1885, the book has delighted millions of readers, while simultaneously riling contemporary sensibilities,and is still banned in many schools and libraries. Now, Michael Patrick Hearn, author of the best-selling The Annotated Wizard of Oz, thoroughly reexamines the 116-year heritage of that archetypal American boy, Huck Finn, and follows his adventures along every bend of the mighty Mississippi River. Hearn’s copious annotations draw on primary sources including the original manuscript, Twain’s revisions and letters, and period accounts.Reproducing the original E. W. Kemble illustrations from the first edition, as well as countless archival photographs and drawings,some of them previously unpublished, The Annotated Huckleberry Finn is a book no family’s library can do without; it may well prove to be the classic edition of the great American novel. 274 illustrations, two-color throughout. 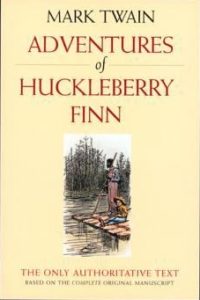 Continue the edition you read for part one and read chapter 22 to the end. “… ‘The Only Authoritative Text’ that appears on the Fischer & Salamo cover, it is just that. [This] edition … is the only text to rely exhaustively on the available documentary evidence (not limited to original manuscript alone, but also including changes Twain made on the typescript he sent to the printers) to ascertain, at every point, how Mark Twain wanted his text to read, not just in words but also in its punctuation, spelling, and emphasis on words. Hearn does not go this far–his text being essentially a reprint of the first American edition (1885).”—Errol Sull, Twainweb.net

This is the first edition of Huckleberry Finn ever to be based on Mark Twain’s entire original manuscript–including its first 663 pages, which had been lost for more than a hundred years when they were discovered in 1990 in a Los Angeles attic. The text of the Mark Twain Library edition (first published in 1985) has been re-edited using this manuscript, restoring thousands of details of wording, spelling, and punctuation that had been corrupted by Mark Twain’s typist, typesetters, and proofreaders. The revised Mark Twain Library Huckleberry Finn is sure to become the standard edition for all students and readers of Mark Twain. The authoritative new edition of this beloved work includes all of the 174 first-edition illustrations by Edward Windsor Kemble, which the author called “rattling good.” It also contains a new gathering of manuscript pages, photographically reproduced, and an appendix of passages from the manuscript, including the long-lost “ghost story,” which illustrate how extensively Mark Twain revised his work. The editors have also revised and updated their explanatory notes, the maps of the Mississippi River valley, and the glossary of slang and dialect words. The story of Huck and his companion Jim, a runaway slave, as they travel down the Mississippi to escape from slavery and “sivilization” has been delighting readers around the world since Twain first published it in 1885. Simply put, it is a masterpiece: revolutionary in its narrative method, surpassingly funny, and at the same time deeply perceptive about human nature. No other American novel of the nineteenth century still commands so vast an audience, and certainly no other retains the capacity to stir controversy with its sharp satire on American racism.

A Responsible Critical Text–To produce this authoritative critical text, the editors studied all aspects of Mark Twain’s manuscript, working notes, proof sheets, and letters. To judge the authority of every variant, they created a unique electronic database that made it possible to analyze–by speaker and date of composition–every word in the manuscript and first edition.
An Inside View of How Mark Twain Wrote Huckleberry Finn–The new appendixes of “Three Passages” and “Manuscript Facsimiles” will give teachers and students as well as the general reader a close-up view of Mark Twain’s writing process. They can follow the evolution of three key passages, as the author searched for the right word, the truest dialect, and the most telling description. 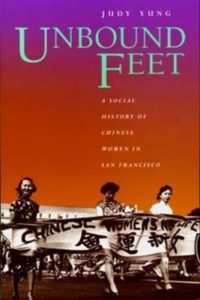 “[The book] is a social history of Chinese American women in San Francisco during the first half of the twentieth century. [She]… has combined oral histories, … autobiographies, analysis of census data, & archival research … into elegant prose & an impressive collection of photographs… [It] is a vivid & textured portrait of immigrant & American-born women shaping & reshaping their gender roles amid the social changes taking place in Chinatown, the United States, & China. …Yung maintains a high level of respect for her subjects & celebrates all their achievements … [&] believes that the experience of women of color must be approached by “integrating race, gender, & class as equally important categories of historical analysis”. —Mae M. Ngai, H-Ethnic

The crippling custom of footbinding is the thematic touchstone for Judy Yung’s engrossing study of Chinese American women during the first half of the twentieth century. Using this symbol of subjugation to examine social change in the lives of these women, she shows the stages of “unbinding” that occurred in the decades between the turn of the century and the end of World War II. The setting for this captivating history is San Francisco, which had the largest Chinese population in the United States. Yung, a second-generation Chinese American born and raised in San Francisco, uses an impressive range of sources to tell her story. Oral history interviews, previously unknown autobiographies, both English- and Chinese-language newspapers, government census records, and exceptional photographs from public archives and private collections combine to make this a richly human document as well as an illuminating treatise on race, gender, and class dynamics. While presenting larger social trends Yung highlights the many individual experiences of Chinese American women, and her skill as an oral history interviewer gives this work an immediacy that is poignant and effective. Her analysis of intraethnic class rifts, a major gap in ethnic history, sheds important light on the difficulties that Chinese American women faced in their own communities. Yung provides a more accurate view of their lives than has existed before, revealing the many ways that these women, rather than being passive victims of oppression, were active agents in the making of their own history. 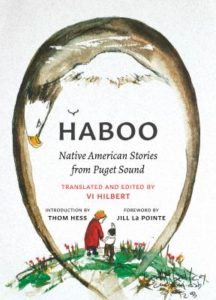 “The Lushootseed language & culture arose from the oral traditions of the… Salish people…For countless generations our ancestors sought guidance from Mother Nature by listening carefully to all the teachings she had to offer, revealing to each person their vocation as well as moral guidance in how we are to conduct ourselves in the world…Give yourself time to think about what unique meaning or lesson a story has for you. And if you feel ambitious, memorize it and share it with others.”—Jill La Pointe, Literary Hub

The stories and legends of the Lushootseed-speaking people of Puget Sound represent an important part of the oral tradition by which one generation hands down beliefs, values, and customs to another. Vi Hilbert grew up when many of the old social patterns survived and everyone spoke the ancestral language. Haboo, Hilbert’s collection of thirty-three stories, features tales mostly set in the Myth Age, before the world transformed. Animals, plants, trees, and even rocks had human attributes. Prominent characters like Wolf, Salmon, and Changer and tricksters like Mink, Raven, and Coyote populate humorous, earthy stories that reflect foibles of human nature, convey serious moral instruction, and comically detail the unfortunate, even disastrous consequences of breaking taboos. Beautifully redesigned and with a new foreword by Jill La Pointe, Haboo offers a vivid and invaluable resource for linguists, anthropologists, folklorists, future generations of Lushootseed-speaking people, and others interested in Native languages and cultures.