​ Zoom! A 27 Year Wildflower Journey with Rob Badger and Nita Winter - The Arboretum
Become a Member!

This event has passed. Click here for the latest calendar of programs. 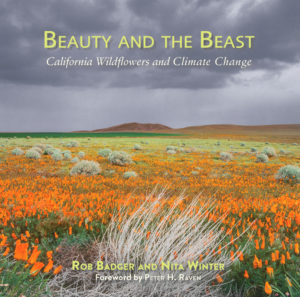 Rob Badger and Nita Winter take you behind the scenes on their 27-year journey photographing wildflowers throughout California and the West. It began in 1992 when they discovered and fell in love with California’s spectacular wildflower blooms in the Mojave Desert’s Antelope Valley California Poppy Preserve. Photographing these beautiful landscapes and individual flowers evolved into their documentary art project, Beauty and the Beast: Wildflowers and Climate Change. Their new beautiful multiple award winning coffee table book, co-published with CNPS, focuses on California’s amazing plant diversity and is a companion to their traveling exhibit.

Gorgeous scenery isn’t the only thing that makes the Beauty and the Beast wildflower photos so special. Rob and Nita developed unique field techniques to capture one-of-a-kind images. They create every one of the photographs in the field, lugging 80 pounds of cameras and their “natural light” studio equipment from below sea level in Death Valley National Park to 13,000-foot-high mountain passes.

Their new book’s collection includes Rob’s floral portrait techniques that go beyond any traditional approach. In the “Contact” series, the luminous flower petals actually touch the lens; in the “Wrapped” series, flowers are enfolded in black or white fabric to complement their geometric forms. 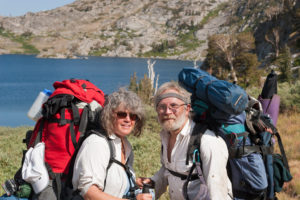 Rob’s environmental images have won multiple awards, including Best in Photojournalism in international competition. He was one of three American photographers chosen to document Russian nature preserves in Siberia. In 1998, he presented a slideshow documenting the impact of mining on our public lands at the National Press Club in Washington DC for the Sierra Club to support the Clinton administration’s efforts to reform the antiquated 1872 Mining Law.

Nita began her photographic career documenting her work fighting wildfires in northern California and later as a National Park Ranger on Alcatraz. In 1986, Nita had her first major exhibit, “The Children of the Tenderloin.” This documentary project launched her career and directed her focus toward creating healthy communities. The series received extensive media coverage and showed her first-hand the power of photographic storytelling. Over the next 17 years, she produced and created portraits for six major public art projects celebrating the Bay Area’s diverse communities.

Their work has been featured in NBC-TV, KQED-TV, Time, Mother Jones, and Sierra magazines, the New York Times, Washington Post, San Francisco Chronicle and the Los Angeles Times. They are the recent recipients of the Sierra Club’s 2020 Ansel Adams Award for Conservation Photography.

*LATE ARRIVAL POLICY: Refunds will not be granted to registered guests who miss the class due to tardiness.